The Truth About Halloween History: How Samhain Started, Changed, and Is Still Around

Halloween is a holiday many people see as one made up by corporations to entice us all to spend our money on candy and inflatable ghosts. And while, sure, some of us definitely partake in the sweets and decoration (raises hand), other individuals celebrate the day for reasons much darker, more intriguing, than Reese’s pumpkins. So, what is the truth of Halloween history?

I’ll be giving you a look at just that; the history of Halloween. With the day being close in relation to ancient Pagan origins, it’s hard not to discuss the Paganism side of Halloween, or what they call Samhain.

·      The Truth of Halloween History

·      Traditions and Rituals That Lasted

This trick-or-treat giving holiday was once ‘All Hallows Evening’, eventually to be shortened to Hallowe’en, celebrated by the Celtic. Celtics were pre-Christian people in Europe and held grand, buzzing festivals the day before All Hallows Day, the day they worship and remember the lives and stories of beloved saints.

Hallowe’en traveled along the rocky road of time and people began to celebrate what was known as Samhain. Traditionally, the Pagan Gaelic people celebrated the impending winter season, welcoming the darkness that death brought to native plants and the Earth around them. Bonfires cracked higher than any fire any of us have ever seen; these fires were stories high and lit up entire downtowns. With the flames producing smoke, folks walked through it to cleanse themselves and livestock, similar to what we know as smudging or saging.

Samhain is pronounced “sow-in” or “sah-van”.

Perhaps the most known and primary focus of Samhain and history of Halloween, is the belief that the line that keeps the spirit world from the living is most thin during the few days before and after. This makes communicating with your past loved ones, ancestors, and any Gods you worship as easy as room-softened butter.

It was believed that these spirits came home, year after year during Halloween when it was easy to travel between worlds. Some people left out libations and offerings for their deceased, others feared malicious beings from entering their home. They grabbed their nearest turnip, carved a face in it, lit it up with a candle, and asked the light to guide the good spirits back home and the face to scare away the ones with harmful intent.

As you might have guessed, turnips aren’t the best thing to carve for this task. It was in the 1800s that people finally realized pumpkins are the perfect carving material. Since then, Americans have relished in this tradition and we still see pumpkins on doorsteps across the country.

Even the colors orange and black date back to the Celtic’s Samhain. Orange symbolized the fall, harvest-time season and bonfires, while black represents death and darkness of long, winter nights.

How Samhain Turned into Today’s Halloween

If you’re into ancient origins, Paganism, Wicca, or study religion you might already be keen to the fact that many old holidays began with Pagan roots later to be adapted by the Christian church (not hating, it’s just the truth about Halloween history).

“In 601 A.D. Pope Gregory the First issued a… edict to… rather than try to obliterate native peoples customs and beliefs, the pope instructed his missionaries to use them: if a group of people worshipped a tree, rather than cut it down, he advised them to consecrate it to Christ and allow its continued worship.” – Jack Santino, The History of Halloween or Samhain

Later, near the 12th century, these holy days of dark worship became townspeople in all black, sounding bells and asking the Christians to think of reminisce on souls that belonged to the dead. This is where ‘souls’ cake’ and trick-or-treating began. Folks ventured from house to house, singing prayers to the dead, and they would be gifted hot, sweet, breads to eat. This ritual would be shared with countries across Europe. This delightfully dark tradition is accepted to be where trick-or-treating started its course, though many variations of the story exist.

Then, yet another change to the history of Halloween came when people begin guising. They ventured door-to-door while dressed in a disguise and performed for food. Tricks played on others and costume disguises both were ways to scare off evil spirits during Samhain.

Samhain turned into Halloween today with the help of Christianity; ancient rituals were adapted to fit serving their savior, Christ.

Did you know? Squirrels LOVE pumpkin. Give your leftovers to your yard-buddy. Read more about what to do with pumpkin leftovers for wildlife here!

Rituals and Traditions Still Occurring in 2020

Although our pumpkins with Jack Skellington’s face isn’t exactly meant to ward off evil spirits, the carving tradition is still strong, even centuries later. Now, a pumpkin on the porch is a signal to neighbors that you partake in the Halloween tradition and, in some spots, that you’ll be handing out candy for the chitlin’s.

Other rituals still exist today other than carving. Bonfires are still burned, sweets are over shared, and pranks take place in cul-de-sacs and streets, from LA to New York. And in some cultures, the dead are very much honored with candles lit next to pictures of their physical self. Folks even leave whiskey, sweets, or any other food that their loved-one enjoyed while they were still here with us.

Wearing costumes began as a way to disguise yourself from evil spirits, but now you can still dress up and trick your neighbors into thinking you’re someone you really aren’t. Is it Halloween or just another day?

Tarot, and other divination games, were quite popular during Samhain. The line between worlds was thin, but so was the ability to tell between future and upcoming events. Druids would dress up during the bonfires in heads and skins of animals and dance while telling fortunes of the community.

Carving, bonfires, and wearing disguises are all traditions still happening during Halloween today!

Craving a tarot reading this year? I have over 5 years’ experience in tarot and oracle. Email me at info @ contentbycarriejean.com

Want to Celebrate Samhain like a True Pagan? Here are Some Ideas

You can celebrate Halloween, or Samhain, anyway that you see fit. Some religions may associate your festivities with Satanism, but hey… do you, boo! But, if you’re just getting into Paganism or feeling your ancestorial roots rising in your soul (there’s a lot of us feeling it!), here are some ways you can spend the day like your ancestors would have.

Last year, I performed a ritual honoring my childhood cat. He kept coming to me in dreams, decayed with time, and it was starting to eat at me in my daily life. I woke up with anxiety, day after day. Remembering that Samhain gave me a chance to communicate to him a bit easier, I brought out a few pictures, lit a white candle, and offered him a can of his favorite food. I asked my spirit team, and his, to help his soul find peace. Since that night, he hasn’t been in my dreams; but always, always in my heart.

Celebrate Samhain, Pagan-Style, by setting up an altar for your past loved ones, light a black candle, or dress up in a disguise and hide from the evil of 2020. 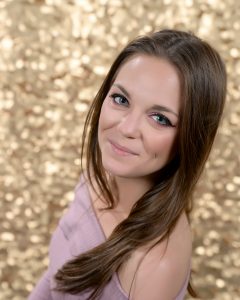 Comment below with any other suggestions or if you have any questions!