What Everybody Ought to Know About Yule (or Christmas) Practices

Every holiday finds itself rooted in ancient traditions. What we know of as Christmas is also known as Yule, especially if you ask a Pagan or Wiccan.

Did you know you might be practicing ancient Pagan Yule traditions? Yup. Over 75% of us put up a Christmas tree. And hate to break it to my Christian-witchcraft-hating friend, your Christmas tree is Pagan in origin.

Before I take you on a Yule trip, let’s make sure you know the itinerary.

Yule Meaning and What It Is

Yule’s definition stems back from the Germanic jōl or perhaps the Anglo Saxon Geol (pronounced like Yule). Both reference the Winter Solstice. It’s said that Yule offers pieces of ancient rituals that used to be celebrated to welcome the spring’s bounty and winter’s quickly approaching end.

Our ancestors once looked forward to this season, not unlike the way we do today. But for them, Yule symbolized the change of the season. Around the Winter Solstice, this pagan holiday marks the longest night of the year. It’s also, as an effect, the shortest amount of daylight we see all year long. But, after the longest night of the year, we’ll soon be seeing an increase in the Sun’s presence on Earth.

Today, modern Pagans, baby witches, or those interested in an ancient past celebrate their meaning of Yule by recognizing their shadows. With nights longer than our days, we’re faced with our inner darkness and forced to find the light inside of us. “It’s an invitation to turn shadows into light,” says Gabriela Herstik, author of Inner Witch.

We have associated the Winter Solstice with divine births for years. Even a goddess gives birth to a god, the Sun, around December 21. Which the Christians later adapted in 273 C.E. Is that why the 25th is celebrated as Christmas?

The God also has its own associations around the Sun. Every year, the Sun is reborn. This is why we light candles and burn fires around this time of year. It’s not only to stay warm and cuddle, folks!

“[Yule] is a reminder that the ultimate product of death is rebirth, a comforting thought in the days of unrest.” Quote by Scott Cunningham, author of Wicca A Guide for the Solitary Practitioner.

“In the midst of winter, I found there was within me, an invincible summer.”

A Yule Quote by Albert Camus

9 Christmas Practices We Know Today and How They Started

It all started with nature. As it usually does in the Pagan or ancient world.

Wrap It Up and Stick a Holly Sprig On It

Christmas is more than Christmas. If you’ve been here reading my blog, you know I’m an advocate for hearing what our ancestors have to say. Once we start communicating with them and honoring their original ancient rituals, a special seasonal fire is lit inside of us. So gather your pinecones, wrap your gift offerings, and get ready to welcome to sun back.

Tag me if you decide to partake in any of those 9 Christmas practices!

Do you have other rituals you celebrate this season to honor your people? Comment below! I’d love to know- I just found out I might be Jewish, so educate me. 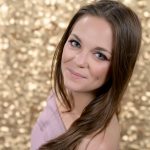 Carrie Jean is a Midwestener-turned-Californian front-of-house veteran with over 12 years in the restaurant industry. Now she writes about mindset, jobs, dogs, and how to manage all three. In addition to writing, she offers virtual assistance and vocal talent. Fun Fact: She loves Abe Lincoln.